Skip to content
We are happy to announce the online publication of a new track from our album on CVLT Nation, it is an instrumental track that starts from the issue of depression and suicide. In spite of that, we hope you’ll like it.

Check out this new review published by Cave Dweller Music.

A new review for our upcoming album (song by song) by Alex Logan for “Insert Review Here” (Australia). We really love this one, the reviewer did everything he could to understand this project with his own brain. We need more of this in the “metal scene”… 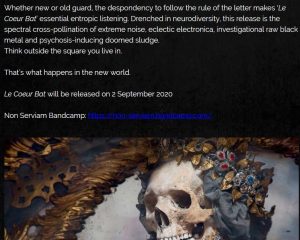 Check it our here.

Another song from our upcoming album was previewed on CVLT Nation today, please listen to it, this song is one of the most emotional we’ve ever written. It talks about dysfunctional families, autism and uses excerpts from the movie “We need to talk about Kevin”, two voices, keyboards, guitars, and a finale that might give you some chills.

This Band Sounds Like NO OTHER! Non Serviam “Infanticide” 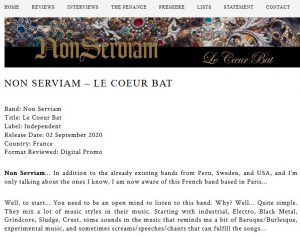 And there was another one earlier on Occult Black Metal Zine with the same note. Read it here : http://occultblackmetalzine.blogspot.com/2020/06/non-serviamle-coeur-bat2020-full-length.html 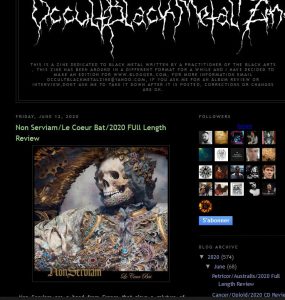 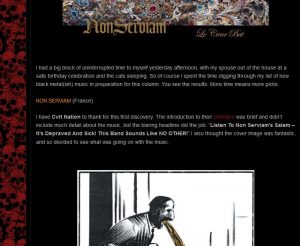 I have Cvlt Nation to thank for this first discovery. The introduction to their premiere was brief and didn’t include much detail about the music, but the blaring headline did the job: “Listen To Non Serviam’s Salem – It’s Depraved And Sick! This Band Sounds Like NO OTHER!” I also thought the cover image was fantastic, and so decided to see what was going on with the music. (Read more) 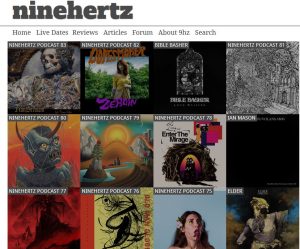 The excellent Ninehertz Podcast #83 is out and guess who’s on the cover? Thanks for your words of praise for our music, art and overall concept as an anonymous extreme music collective. Some excellent music from other bands too out there, really good taste. 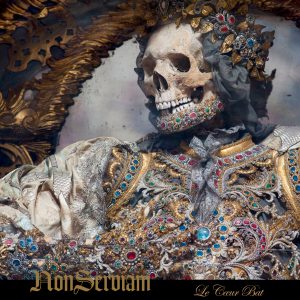 Our new album “Le Coeur Bat” is now available for digital pre-orders, follow us on bandcamp to find out the moment it’s gonna be released. We are still looking for a label. You can listen to three songs there, please share if you like them ! 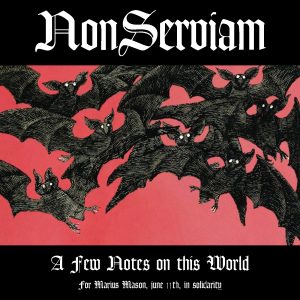 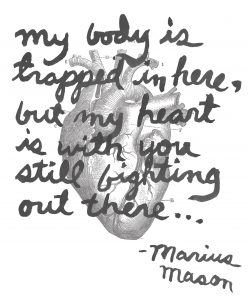 We’re very happy that CVLT Nation loved our album and wanted to premiere the track Salem. We’re still looking for a label to release lots of stuff. Please share and give us feedback on this new track. Salem is a very raw and brutal song with aspects of black metal, sludge, hardcore and industrial music.

Listen to Non Serviam’s Salem – it’s depraved and Sick! This band sounds like NO OTHER! 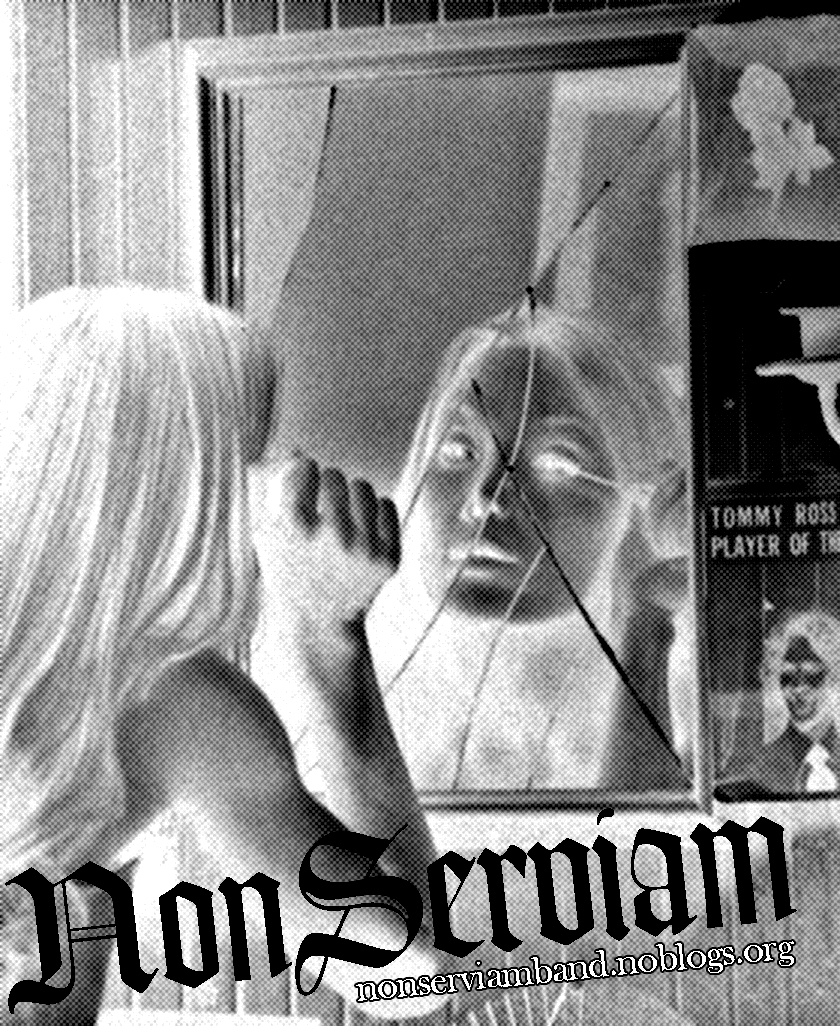 Welcome to the offical Non Serviam site. The first of two albums that will be released in 2020 will see the light of day in a couple of month, with especially, a long 25 minutes track, with mixed voices, bass, guitars, accordion, piano and keyboards. 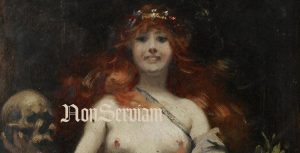 ==========English========== « Organes Suspendus » is an unreleased track from the upcoming album « Behemoth » to be released in 2020. All voices, lyrics, acoustic and electric guitar, keyboards, accordion, percussions, filming and editing by Non Serviam, summer 2019. Thanks to Milena C. for the classical study guitar we tuned out and subverted for the sake of evil. 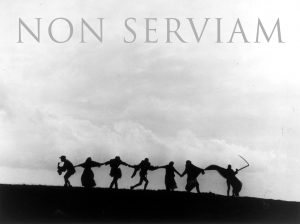 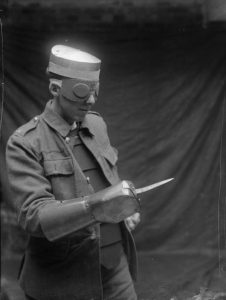